The Green Schools Committee organised and held a toy swap as part of our ongoing Green Schools work on litter and waste. Pupils were invited to bring in toys or books they were willing to swap and in return choose a toy & book. 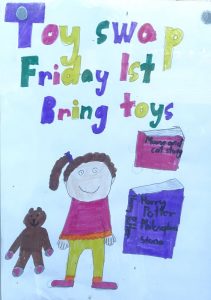 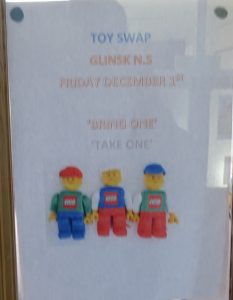 Pupils on the Green Schools Committee designed posters to display around the school to inform everybody of the upcoming toy swap which took place on the same day as the Late Late Toy Show! 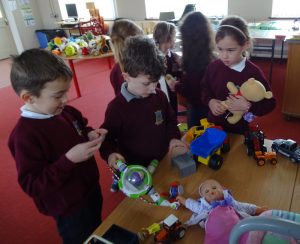 The committee also organised as low energy day for the 6th December as we are working towards achieving a Green flag for energy. All pupils and staff made a huge effort to use as little energy as possible that day such as using a towel instead of hand-dryers, keeping doors closed to conserve heat, turning off lights and not using as much technology such as laptops, i-pads and interactive whiteboards during the day! 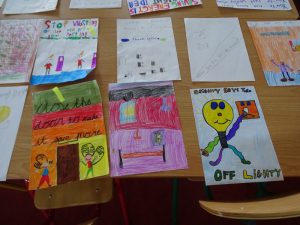 All pupils from 1st – 6th class were invited to design and come up with an energy slogan for the school. There was a great selection of  brilliant slogans and all pupils got to vote by choosing their 3 favourite slogans by placing a coloured sticky on the poster. 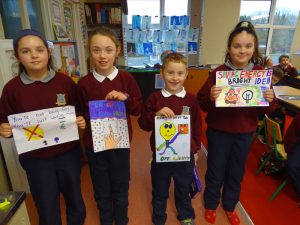 Well done to the winning pupils and our new energy slogan is Saving Energy is a Bright Idea! Take a look at some photos of all the posters below.