By Gráinne NolanOctober 30, 2017No Comments 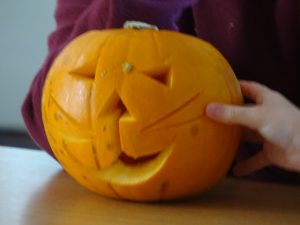 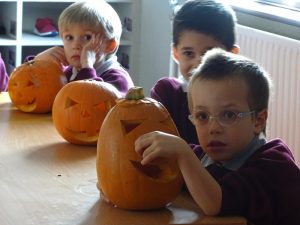 Pupils and staff really enjoyed the fun of Halloween before the mid-term break. All classes got stuck into carving pumpkins with all kinds of shapes and designs on the pumpkins faces.

On Friday all pupils and staff dressed up for Halloween with an amazing array of great costumes, very creative home-made costumes and fabulous artistic face paint. We had to figure out who some pupils were as they came in as their disguise was so good! There were many witches and ghouls but we were in safe hands with all the superheros about too! 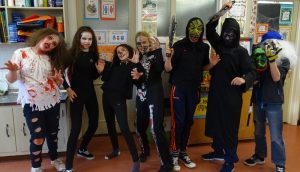 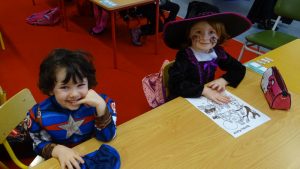 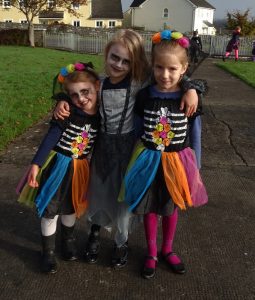 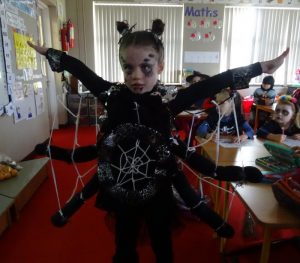 Pupils joined took part in some traditional Halloween games in the hall and some novelty team races including paper ghosts & apples. The musical statues proved to be very popular. 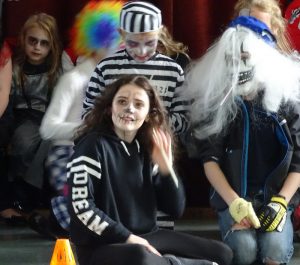 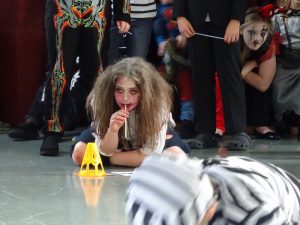 Pupils tried the traditional plates game and discover if the they were going to be rich, become a nun or a priest, get married or travel! There was great interest in the barn-brack as pupils ate their way through it in the hope of finding the ring!

Take a look at some more photos below.