Dragons Den �
On Friday the 22nd of January we had a Dragons’ Den. Two entrepreneurs came to be the dragons. Their names were John Murphy and Audrey Hession. The other Dragon was Sarah. She was a teacher.
Each in turn we told them about our ideas. Some of us prepared slideshows to tell them a bit more about our product. Each of us prepared a speech to say. We were in groups. Each group had a name and a product, but only one would get chosen. Early in the morning before they came everyone went over what they were going to say and who was saying what.
Here is a picture of each product.
That is all the products. 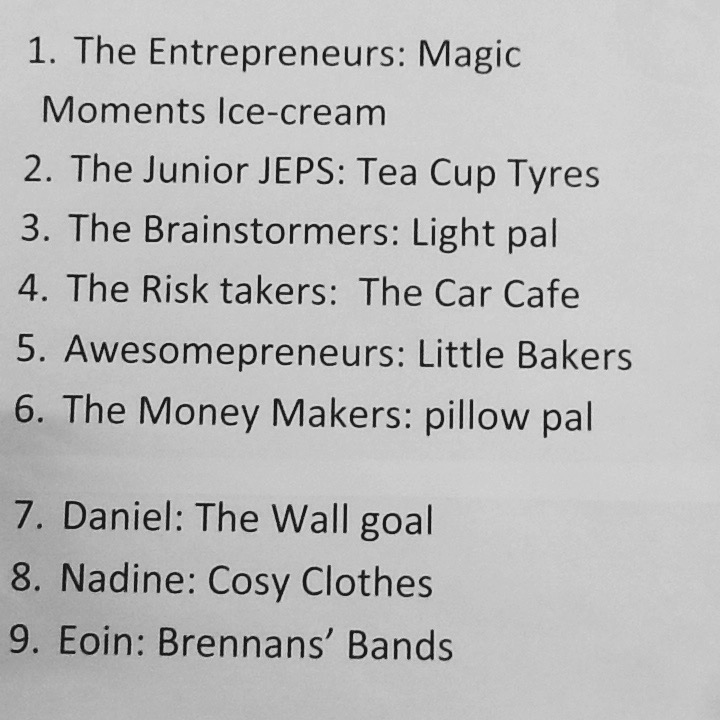 The name beside each product is the name of the group.
When the Dragon’s came they talked about their business. When they had finished talking the first group went up to the top of the classroom and talked about their product.
One by one each group went up for their turn. Some people were nervous about talking,others lost their voices. After everyone had finished we had lunch and then they told us three ideas they thought were the best. It was the Light Buddy, Car Cafe and Pillow Pal. The overall winner was the Car Cafe. 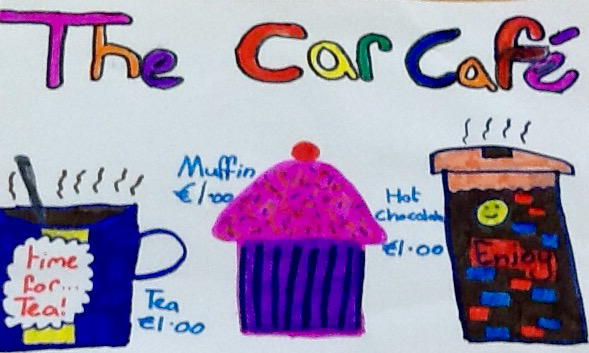