On Monday, 10th of October, we had a visit from Deirdre of Inagh Free Range farm in County Clare. We are taking part in the Hatch 4 Schools Programme. Deirdre had brought everything we need for the programme. 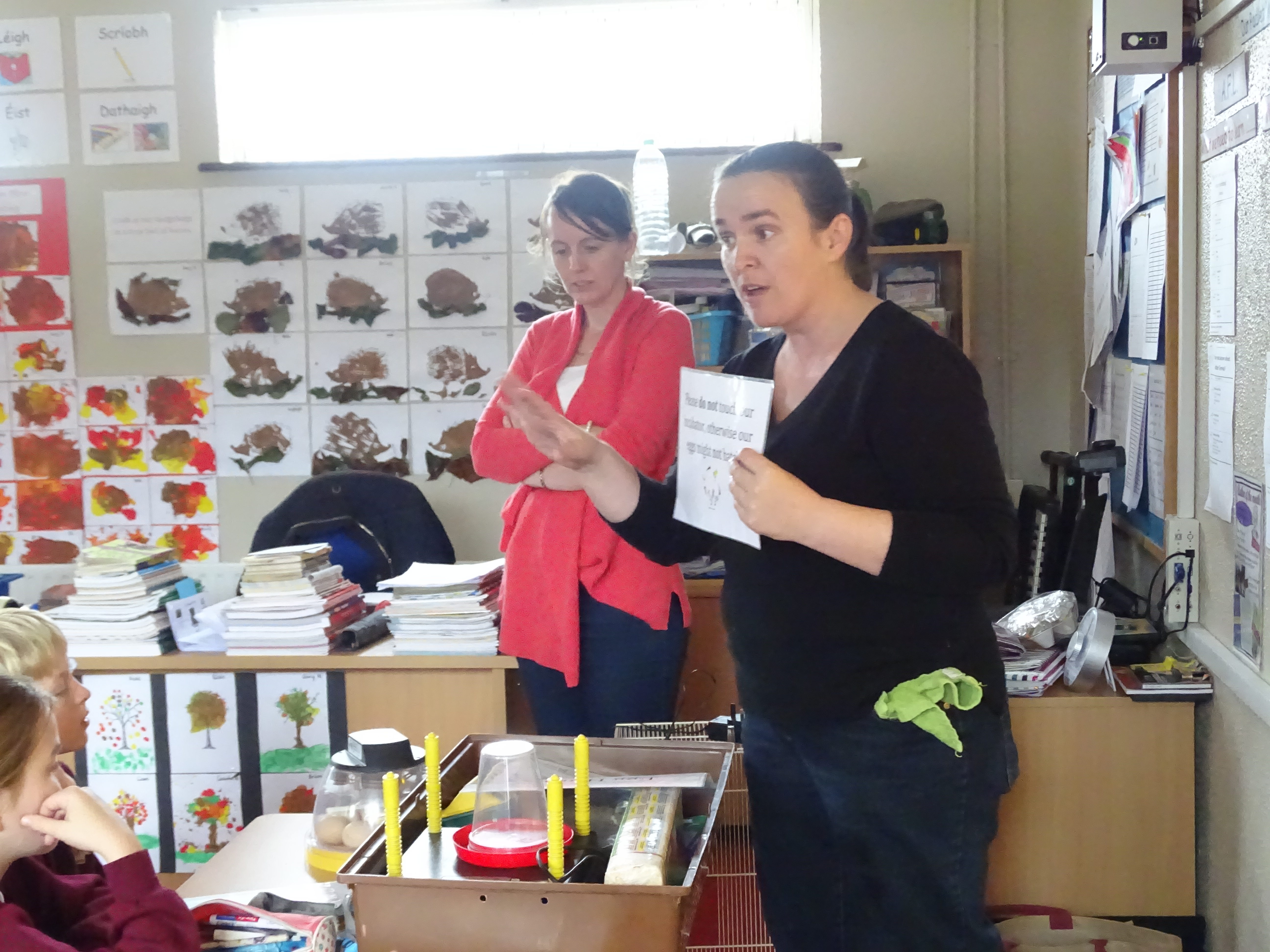 She had an incubator with seven fertilized eggs, a large cage with bedding, feed, water tray and heat plate. She brought enough food and bedding for the chicks two week stay with us. she also gave us a CD with lots of ideas and information for the programme and some picture books for the younger classes.
She gave a talk on what to expect from the programme. The eggs had already been in the incubator for about eighteen days. Eggs normally take about twenty one-twenty two days to hatch so we could expect the eggs to hatch in the next few days. First we would see a pip which after a while would bcome a zip before the chicks emerged from the shell. They would then need to spend a few hours in the incubator warming up and drying out before they could be moved to the cage. 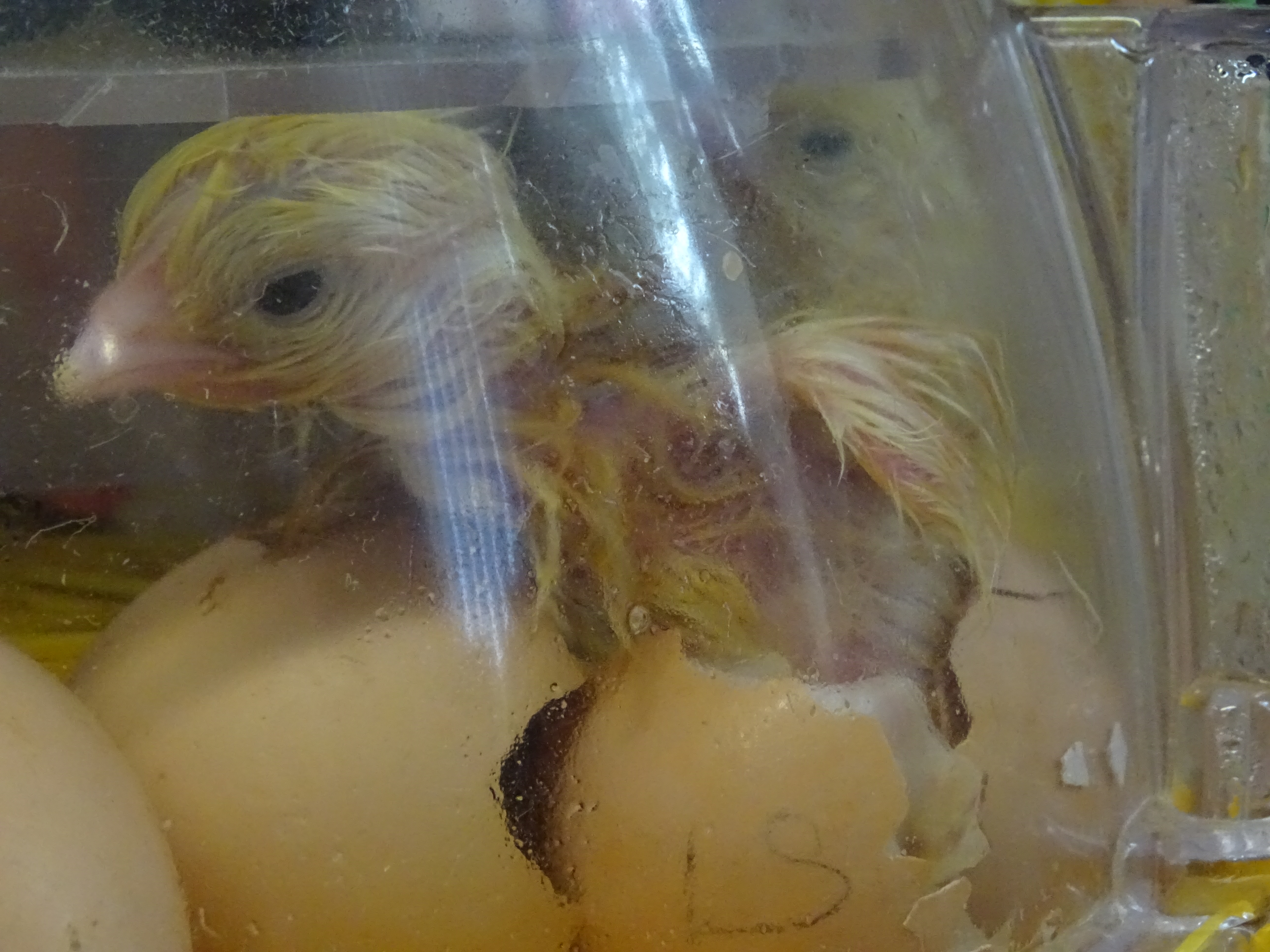 Deirdre hoped that at least four eggs would hatch. In the end six eggs hatched but unfortunately one chick was weak and only lived for two days.
Five of the Six chicks that hatched were yellow. These were Light Sussex hens. The other chick was different. It was brown and we didn’t know what type it was until the farmer returned to collect the poultry. He told us it was a pure breed Rhode Island Red. We called her Peggy. The other chicks we called Paddington, Bill, Zip, Louise and Giddy although it was hard to tell who was who. We attempted to use different colour wool around their feet to tell them apart for a while, but the wool fell off.
We kept a chick diary for the two weeks we had the chicks were we wrote down our observations. We weighted the chicks when they hatched and a few times before they left. They were all different weights but on average were 46g when they hatched and almost doubled their weight by the last day.
We had great fun looking after the chicks for two weeks. We didn’t mind cleaning the cage each day or cleaning up after the chicks when they went to the toilet. We had to give them fresh food daily and water a few times a day because they kept filling the tray with sawdust.

You can read more about our chicks on our blog.

Take a look at the photos from the programme below.