As part of our Green schools slogan competition, all pupils were invited to submit as many slogans as they liked.

There were over 50 different slogans. The committee eliminated slogans and shortlisted the slogans down to their eight favourites. These slogans were then written up on the board and the class voted on their favourite. They could vote for more than one at this stage. The top three slogans were decided

At this stage, only the committee was allowed to vote and it was close but they decided on Smash That Trash.

We then found out who had come up with the slogan and it was Éimear. Well done! 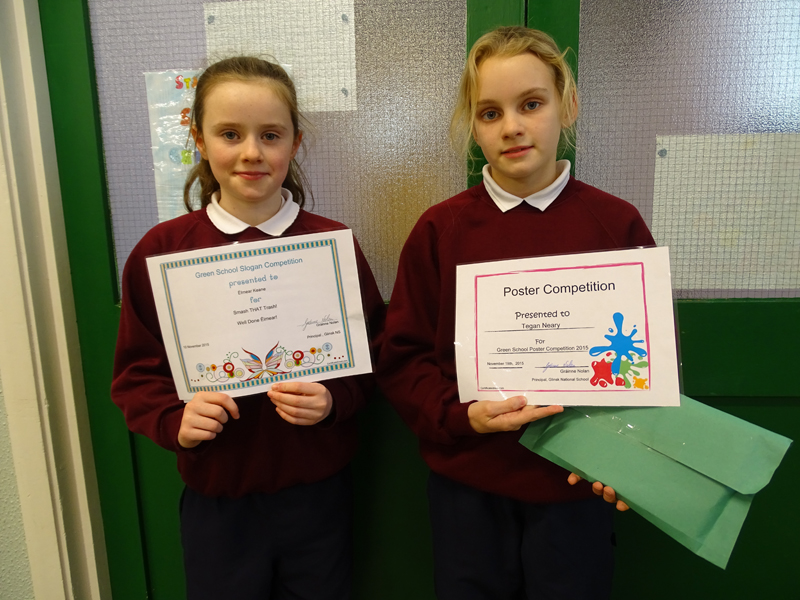