We made a Skype call to Sacred Heart Catholic Primary School in Ilkley, West Yorkshire in England. A space balloon which the school launched landed in a field in Glinsk at Halloween. Glinsk pupils Ross & Lee found the balloon which contained he school address on the outside of the box and a mobile phone used as a tracking device and to take photos from space. The pupils managed to locate & make contact with the school. The staff and pupils at Sacred Heart Primary were delighted to see their space balloon which Ross & Lee brought into school and they also had a few questions about the space balloon. It is intended to return the balloon to the pupils in the Sacred Heart Primary School, Ilkley, England. 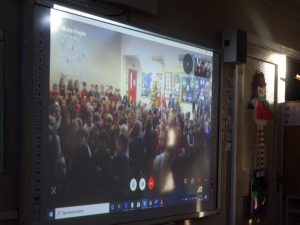 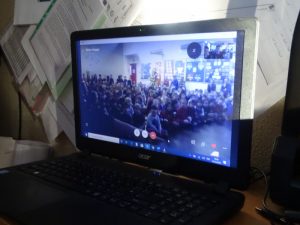 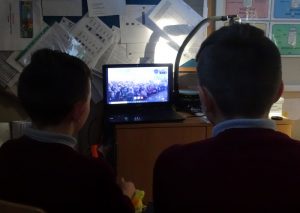 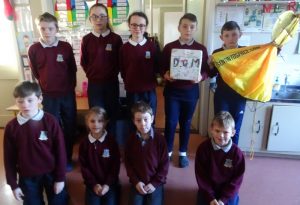