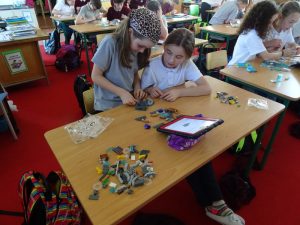 Pupils integrated technology into their work by using the ipads to look up the step-by-step technical manuals for the Lego missions. Pupils wrote a questionnaire on water usage which they hope will give them ideas for their project.