By Gráinne NolanOctober 22, 2017No Comments

Pupils took part in Space week 2017 completing a range of different activities, including designing aliens and making a 3-model of their design in clay. Pupils came up with ideas as to why Mars is red in colour with lots of different possibilities but eventually discovered that Mars contains a lot of iron giving it the distinctive colour. 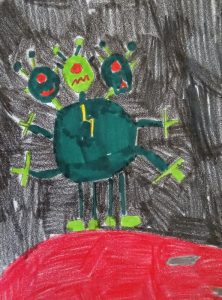 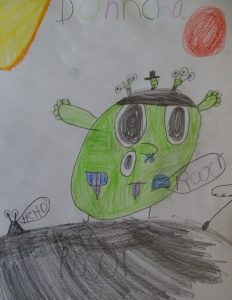 Pupils also tried the planets game, spinning the wheel and then completing an exercise based on which planet landed on which included star jumps and ninja kicks etc!

Have you ever wondered how you would brush your teeth in space? Pupils looked at videos by astronaut Chris Hadfield which showed how astronauts sleep in space, how they brush their teeth and even keeping fit on a treadmill in space without floating around the shuttle!