By Gráinne NolanJune 11, 2017No Comments 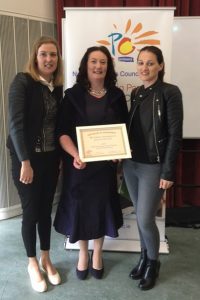 Members of the Parents Association attended the annual National Parents Conference at the National College of Ireland in Dublin on Saturday 10th June. The theme for this year’s conference was Shaping the Future. The Fred O’Connell awards were announced at the conference with Glinsk Parent’s Association receiving a highly commended award which recognises the important role they play in the school and the value they add to education with their great work.

The keynote speaker on the day was Dr. Janet Goodall who spoke on the topic of Narrowing the Gap: Parental Engagement in Children’s Learning.

Niall deBurca delivered his speech on In an age of technology, there is still one thing that reaches the heart of the family – “Storytelling.”

Mette With Hagensen who is the president of the Danish association of school boards and parents in public school spoke about the importance of learning through play. In Denmark, Lego is a natural part of childhood and she gave an insight into the Lego Six Bricks used in Danish education. The Minister for Education, Mr. Richard Bruton T.D. gave the closing address at the conference. 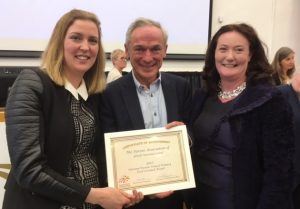