By Gráinne NolanJune 24, 2019No Comments 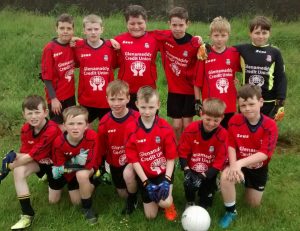 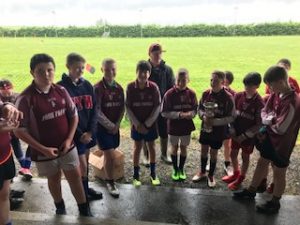 Players from each school took part in the girls & boys skills competition. Pupils from Glinsk N.S. gave a demonstration run in each competition with James Shevlin & Shane Curley timing the runs. The final results were eagerly anticipated with Rachel Beirne from Creggs N.S. winning the girls skills shield and Dylan Joyce from Glenamaddy N.S. winning the boys skills shield.

Thank you to Glinsk G.A.A. pitch for the use of the pitch & facilities, refs Shane Curley & Frank Coyne, James, Michael & Billy for setting up the pitch the evening before, all the supporters that turned up to cheer on the teams and all the schools for continuing to support our local tournament. Well done to all teams who played on the day.