By Gráinne NolanJuly 12, 2016No Comments

Junior & Senior Infants went to Graune Pet Farm outside Cloonfad on their school tour. When they got there, they got to play in the new indoor play area which had plenty of climbing frames and big slides. After this we got to take a guided tour of the pet farm, meet and feed the animals which included goats, ducks, llamas and many more. There were plenty of very cute kittens and puppies that they got to hold. Pupils also enjoyed the indoor sand play area which had plenty of mini-diggers to use. After lunch we went outside to the outdoor swings, new zip-wire and another sand play area which was a particular favourite. Have a look at some photos from our trip.

Pupils from 1st – 6th class went to Leitrim & Sligo on their school tour beginning at Arigna Mines, where once we were all kitted out with our hard hats we took a guided tour of the mines and learned plenty about how hard the miners had to work, the risks involved in working in the mines and also the poor health miners experienced even after they finished working in the mines. The most exciting part of the tour was the simulation of dynamite exploding and the lights going out for a few seconds of complete darkness!!

Next we traveled to The Model Gallery in Sligo. Here we had a look at the Broadside Collection and the work of Jack B. Yeats. Our tour guide also told us the story behind the paintings in the gallery after which we did a printing work shop. We hung up our prints on a clothes line to dry while we went off to have a barbecue for lunch!

We then traveled to Ballymote to the Eagles Flying which was fantastic. There was a great variety of birds and were just in time for the show. Lowther told us all about the birds which included white-tailed eagles, falcons and beautiful barn owls. 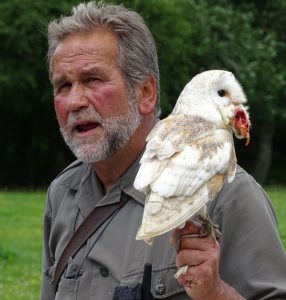 We learned a lot about the birds and how they behave in the wild. As the show was going on a peacock wandered by and made sure the show didn’t steal all the lime-light as it fanned it’s beautiful feathers. 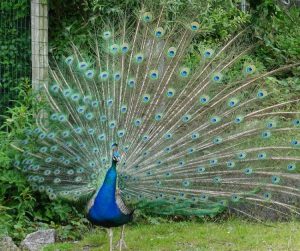 Following the show we went to the  animal shed which had miniature horses, mice, reptiles, pigs, goats, bunnies & puppies many of which roamed freely! The best of all was when Lowther brought out a fox which he had reared from when it was young and we had an opportunity to hold this amazing animal. Take a look at some of the photos from the Eagles Flying which really is well worth a visit.

Our final stop was Funny Bones in Collooney where we got to use the indoor play facilities which included a go-kart track, a high obstacle course with safety harnesses and of course the hurricane simulator machine. You should have seen our hair!!