By Ciara RoughneenJune 19, 2015No Comments

Ava, in fourth class was the overall winner in County Galway, and her painting, based on W. B. Yeats’ poem The Wild Swans At Coole was chosen as the cover illustration of the book The Magic Within 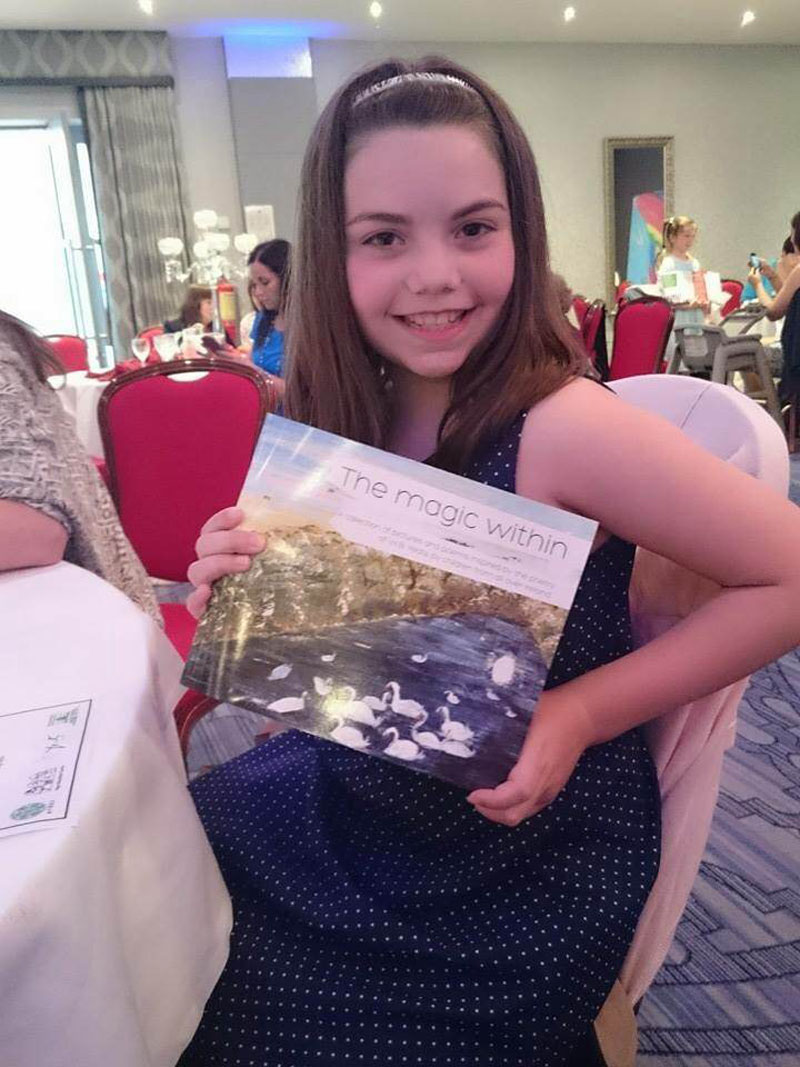 The Magic Within, a new book by primary school children inspired by the poetry of W.B. Yeats, was launched on June 12th, at the Clarion Hotel Sligo, the day before Yeats’ birthday. This publication is part of Yeats2015, a yearlong programme of arts and cultural events and one of Ireland’s official decade of commemorations events.
Ava attended the launch with her mother Sharon and uncle Jamie.

“Yeats Among Schoolchildren” is one of the primary events taking place this year in celebration of the 150th anniversary of the birth of the Nobel Prizewinning poet.

The resulting book, The Magic Within, with all the winning entries is published in conjunction with Kids Own Publishing Partnership. The book will be distributed to all primary schools and libraries nationwide.